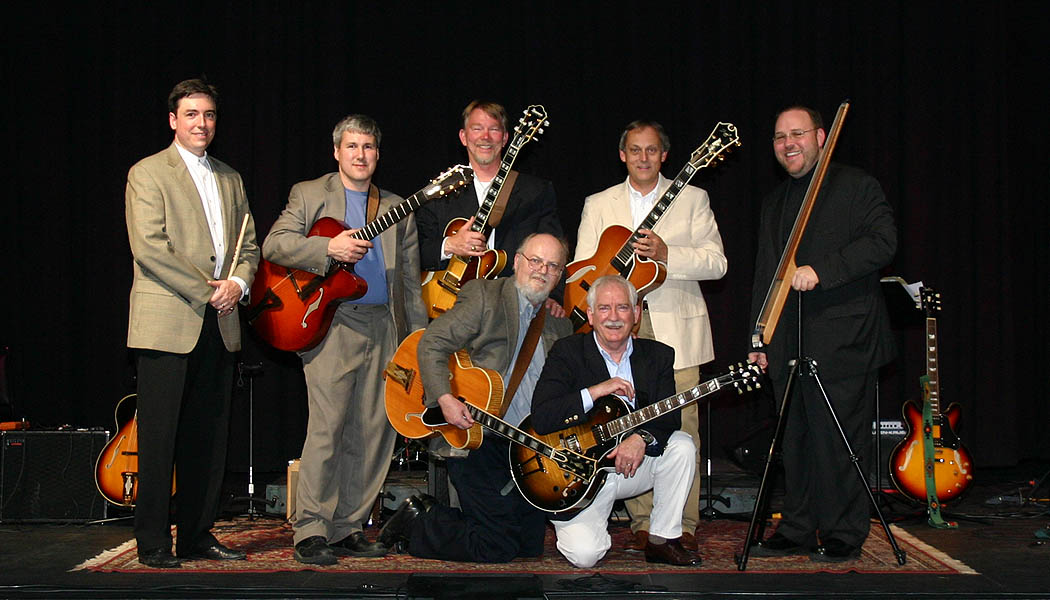 “Bucky hasn’t stopped talking about the fabulous time he had in SC playing with The Jazz Guitar Summit. Thanks so much.” – Ruth Pizzarelli

Based in Columbia, SC, The Jazz Guitar Summit is a group devoted to jazz guitar and jazz guitar ensemble arrangements. What was initially created as a showcase group for a concert at a jazz guitar weekend series in Camden, SC, has blossomed into an occasional working group of highly repected musicians from South Carolina. The band has performed under various names through the years such as the Comins Guitar Orchestra and String Theory. The JGS has performed in shows in SC as well as at the Jazz Bar at the Classic American Guitar Show in NY.

In 2006 The Jazz Guitar Summit emerged with its current lineup and a consistent vision for its future. The JGS performs on occasion as schedules permit and often plays host to visiting friends of the band. Our charts are from well respected arrangers such as William Leavitt, Rick Stone and Jack Wilkins as well as members of the band. What started as a concert gig has turned into a regular gathering of five guys who love jazz guitar. We are lucky that Scott and Kevin are willing to put up with us.

The tracks below were recorded live in Camden, SC at their annual jazz festival back in 2009. Bucky joined us on most of the tunes as well as famed luthier Bill Comins. A good time was had by all. Special thanks to Bob Moore for the fantastic remote recording.